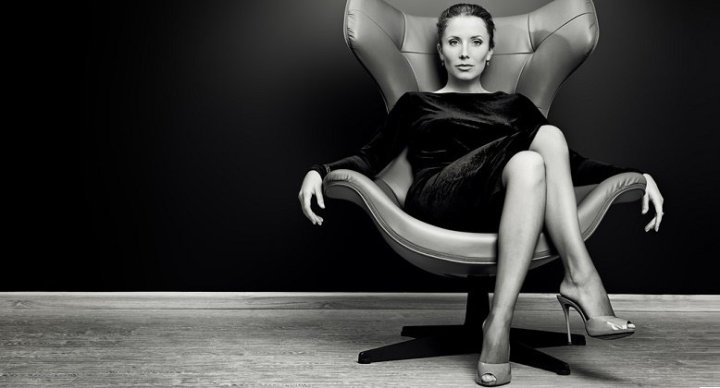 Today I would like to write a post about the topic of the Mistresses’ ages; a topic which, lately, many submissive people have asked me to write about. However, to be honest, I did not know how to tackle it and I did not quite find it interesting enough. I used to think: who cares about the Mistresses’ ages? So, I had never convinced myself to write about the topic of the age up to now because the inspiration or the ideas to write about a particular matter do not come up overnight or with a click of the fingers, but whenever I have something to say about it. Besides, it is not true that I always have something to say about every single theme. When I face some particular topics, instead of rushing them, I prefer to leave them on a side because I like to take my time before I sit down and start to write about them.

The first thing I would like to talk about is the gap age in a D/s relationship (Mistress/submissive). In vanilla relationships it is quite common to see a man having his first relationship with a woman older than him, and in some cases quite much older than him. However, in BDSM relationships, these type of couples, at least in my country, are not very common, although I think it would be beautiful for many reasons, but mainly because of the wonderful link in life between the master and the apprentice, and because of the exchange of sensations between both of them, meaning the vitality that a youngster can give to a more mature woman, and the maturity that she can give to the young male in return.

Apart from the chances that some vanilla men could have their first relationship with older women, which I do not really see happening here in Spain, I honestly do not believe we could find many relationships -regardless of its nature- as the one mentioned above. The couples that have approached me, quite a few, they usually are of a similar age, like in more conventional vanilla relationships. However, what I have realised from having endless conversations with submissive people is that they usually prefer to have a Mistress slightly older than them, which perfectly fits in with the enquiry written above.

Indeed, as I kept talking to some more submissive people I noticed a big correlation with the fact that certain submissive men prefer to have their first D/s relationship with a Mistress older than them. In general, they preferred to be with a woman -they were all straight- they could have a close relationship with and who was a bit older than them. They were still in their twenties or thirties and they were comfortable and secure with the image of a more mature women who they felt safe with, and who they could play with. In fact, they really enjoyed being spanked, tied up or locked up in a wardrobe by these mature women. These men allowed the older women to play innocent games with them, but obviously depending on the age. What I mean is that they did not necessarily have erotic dates but the joy of giving themselves up to those mature women for them to punish them, spank them, play some fetish games with them -feet/shoes/tights/corset-. Those games would help the young men develop into either a potential future submissive person or a fetish person, as well as making them starting to prefer older women for their future D/s relationships. Looking back to those initial games and remembering them, made them realised that they felt genuinely aroused and, either they had an erection or they felt the necessity of giving up themselves again to those mature women, even if they did not know why they felt that way.

Thus, the submissive person’s personality would change and would start wishing to give up himself to women older than him. But the fact that some submissive men feel this way does not mean that some other men could have different preferences when it comes to give up themselves to Dominant Women, regardless of their ages. That is quite obvious as times change, which can also be noticeable in social media too, but, unfortunately, I can’t talk about this in today’s post.

On the other hand, one thing is to start your BDSM journey with an older Mistress, to stay with her for a while, to play with her in sessions from time to time and then move on, and another different thing is to stay in that relationship and invest in it to the point of becoming a solid and consistent relationship which will be able to last for a long time. This, in my opinion, is more difficult to see it in our society. In fact, I cannot remember off the top of my head any relationship like the one I have just described. I do not have any recollections, although I would really like so see these relationships happening more often. However, as we can see below, there are some submissive men who discriminate between their Mistress’ ages and their partners’ ages. Most of them do not really need their Mistresses to be their partners too, so they have a partner and, at the same time, they also have a secret relationship with a Mistress. However, we can also find other men who want their Mistresses to be their partners too to be able to give up themselves to her beyond BDSM sessions.

Having said that and as a consequence of having written this post, I did a research on the chances that a submissive man in his twenties or thirties has to find a Mistress older than him and to start a relationship with her. So, I looked into Fetlife and what I found was quite confusing. I could not barely find Dominant Women in their fifties or even older on that famous BDSM web site. What I found out is that, basically, when Dominant Women reach the age of fifty, they tend to disappear from the Fetlife radar, confirming what I always thought: that they think they are way too old for Fetlife.

But I do not want to go on for so long because I would like to go deeper into this topic in a later post. So, I would like to finish off by leaving you with some of the answers that I got from My Twitter followers when I raised the question of the Mistresses’ ages on October 23, 2020. I think the answers are very interesting.

Good afternoon. I have a question that is driving me mad. The question is for the submissive people who read me. Does the Mistress’ age influence you? Do you prefer your Mistress to be at any particular age? I am looking forward to reading your answers. Thank you!

I do not really have any preferences. For me, the true value of a Mistress is in her mind, in her personality, which is linked with her maturity. However, I do not believe age is important, as we submissive people do not really see our Mistress with our eyes, we rather feel her. Setenil

No, I am not influenced by the Mistresses’ ages. Fran

Feeling that I give up myself to a woman quite older than me gives me a plus. ExpartacoExclavo

As long as she teaches me and guides me, I do not care about her age. What I care about is her knowledge and if she knows what she is doing. Sumisosincollar

I personally think I would not feel intimidated by a someone younger than me. (LCD)

I prefer them to be older than me. Lucio

Personally, the age has ever neither influenced me nor will ever influence me. Dorian

Honestly, I have never thought about it. I think the most important thing is the mental connection with the Mistress rather than her age. I am not very experienced, but the age has never been a problem for me. In fact, I think I have never asked a Mistress about her age. Luis de León

Personally, I am not influenced by the age, but I do have my preferences. I prefer them to be older than me, whether they are men or women. I suppose that an older person than me, taller and bigger than me, in my subjective opinion, is more intimidating. But I repeat, the age is not very important. V.Klein

If I could pick, I would prefer them to be older than me, but I never payed attention to how old a Madam was. Ziri de Brishen

I value way more the connection and the complicity between us than her age or her physical appearance. Sumisacd

I believe age is important. It is easier if the other person is older than you. Iki_69

The most important thing is attitude, although I prefer my Mistress to be at a similar age than me or even older than me. Stico servus

I do not believe it is very important. My experiences and my kinky desires first arose with women older than me and I will always feel aroused by older women. However, I am married to a younger woman. The most important thing for me is if they really show an interest in you and in your surrender, and in their will to transform you to meet their needs. Koileom

I had two Mistresses, the first one was 15 years older than me, and the other one was a few years younger than me, so I don’t think age is important. The most important things are chemistry, personality, experience, etcetera. Laje05

I do not feel influenced by the age. I am 48 and I would not mind being with a woman 20 years younger or older than me. Eurofigter

I would say that age is not very important, although in my case, due to my lack of experience, I am looking for a more experienced Mistress, regardless of what her age might be. Kan

I do not mind, I would not care about the age. I only want to kneel in front of a woman who eventually becomes my Mistress. I could not care less about her age. SSumis00

Not at all, I think the desire, the love for bondage and the love for her submissive man are the most important things. Poisson Rouge

I do not think it is important. You are just looking for a Mistress, not for a potential partner. Svgraul

I would prefer a Mistress with a certain maturity, someone who is not in her thirties any more. I do not think young women have the necessary knowledge to rule and lead a submissive man. So, I would rather be with a Mistress older than me than with a younger woman. Pepe perez

I do not care about age. Jaritos

The Goddess’ age is not important. Ivan

Having already talked about the topic of the Mistresses’ ages and shown what some of my Twitter submissive followers think about it, I would like to finish off this post by giving my own opinion and answering both questions. With regards to the question about the chances of seeing a solid and long-term relationship between a submissive man and an older Mistress, I honestly don’t know if this could happen. I think it should have the same chances as a similar relationship between two vanilla people. I guess there might be some relationships like that, but I think they are quite unlikely.

Thank you for reading me!